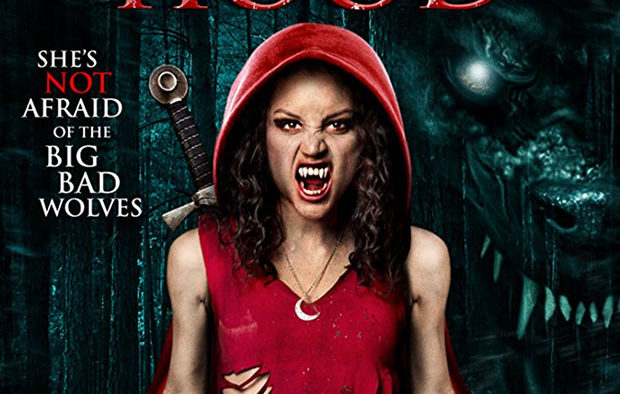 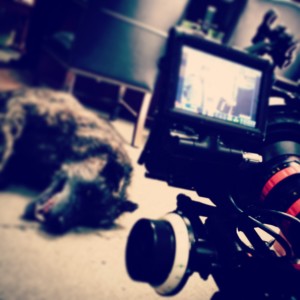 This has really been a fun show.  Wolves. Capes. Swords. Night Exteriors. Puppets.  …even a man in a wolf suit (which I swear is 90% for our personal entertainment on set).

We’ve been shooting for two weeks now, with dueling Red Dragons.  “A Cam” is a Red Epic Dragon, and “B Cam” is a Red Scarlet Dragon.  I’m using my trusty  16 – 42mm and 30 – 80mm Optimo DP Zooms ( the director Jared Cohn loves using zooms) and a single 135mm Ultra Prime for close ups and compressed wides/ POVs.  As we are mostly shooting night exteriors, both cameras are wearing the Low Light Optimized OLPFs. 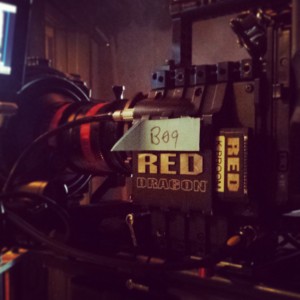 The last night exterior feature I shot with Jared was The Horde.  I insisted that we use faster primes (T1.3 Super Speeds) because our budget and schedule limited our lighting package.  This time around, Jared really wanted the zooms, and I decided to embrace the challenge of finding a way to work a night-exterior-heavy, low budget shoot on  T2.8 lenses.

For the pace of this movie, the zooms are a no brainer, and they allow for creepy “movement” that Jared loves.  Also, working at a T2.8 is really just being fair to the focus puller, as we often have to fly through scenes without rehearsals!  🙂 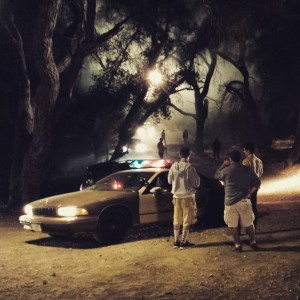 Night Exterior on a Low Budget

After my shoot in Bulgaria, I was spoiled by the twin 6k Arri Suns that followed me everywhere I went.

OF COURSE, I had to put those on my initial order for “Little Dead Rotting Hood.”  Then, once we saw the locations, I realized I needed to prioritize having MORE lighting units over those specific lights, and our cable order needed to be doubled to cover large distances!

I still got to rock 4 M18s, although they’ve mostly only seen action during our rare interiors.

My gaffer introduced me to a new 6k Led Spacelight called 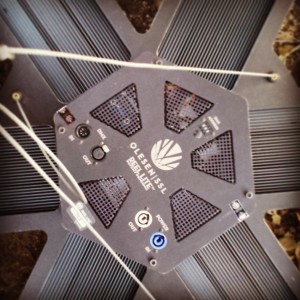 They have the ouput of a 6k and draw only 5 Amps!  We’ve been rigging them in the trees as a soft overhead source.

I’d rather be working with HMIs for my “moonlight” but budget has dictated tungsten units and the old “white balance to double tungsten” trick.  However, these tungsten balanced 6k Reel-Lites have been a nice addition to our low budget, night exterior solution. 🙂

I’m looking forward to keeping these Reel Lites as part of my future packages. 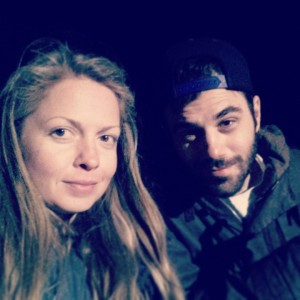 My crew is kicking ass “on the daily.”  Thank you to my camera team for muscling your carts and 30 lb camera rigs around on uneven terrain for the past week!  (Next week we might have pavement!)  You guys keep it together, organized and professional, even at break-neck pace.  Thank you!

I owe a HUGE thanks to my g&e team, they are doing big cable runs, lifting maxi brutes, and towing avenger stands around basically all day long. 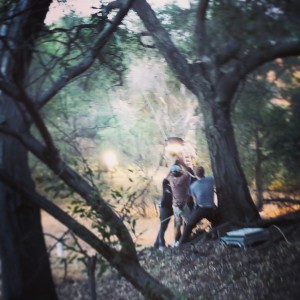 The movie is looking great, and they are busting their asses to keep it that way.  This is one of the most experienced and professional g&e teams I’ve had the pleasure of working with in my 12 years in LA.  Thank you guys! 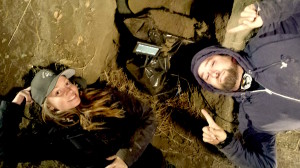