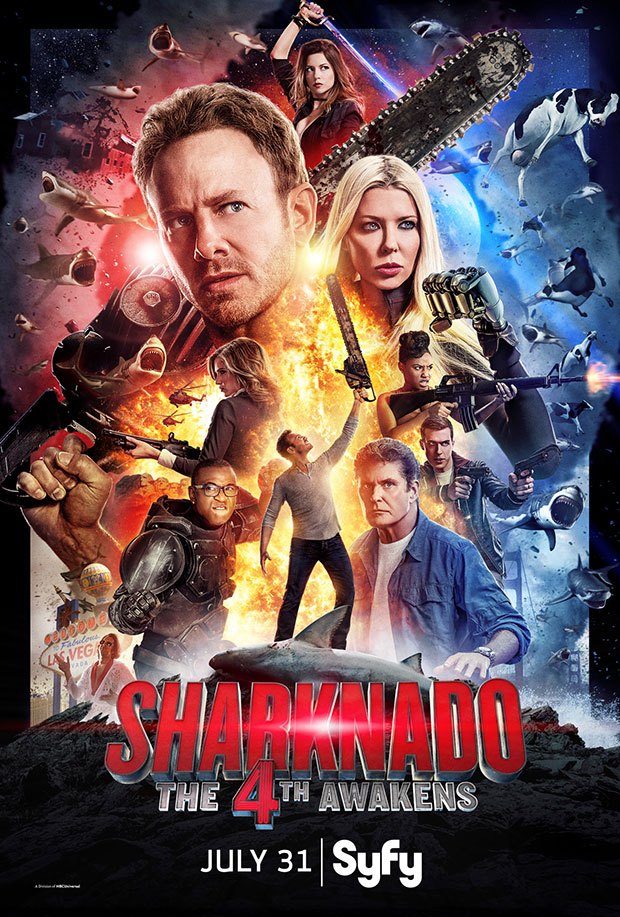 Wow, this post is overdue.  The filming of Sharknado 4 is coming to a close, and I’m finally finding the time to post about it!
I can sum up the past three weeks like this:  Greenscreen, rubber sharks, and lots of wire work.    We’ve been working a two-camera package with Panavised Arri Amiras and Primo V lenses (with a few Primo Ls thrown in there). 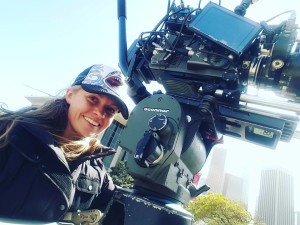 I’m very pleased that Panavision Woodland Hills enabled us to shift from Red to Arri.  Red is often the choice for low budget productions, as it a great bang for your buck, but I truly prefer the Arri look.  Even on a “sharknado” a cinematographer has to look for ways to improve the image, or collect the tools to better handle the changing climate of a film set. 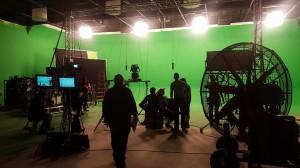 For Sharknado 4, I knew we would spend time in Las Vegas with lots of light sources in our frame, and with many color variations in those sources.   In addition, I knew those high-saturated, mixed colors would fall on my actors skin, particularly in low light settings.   I chose Arri for its superior color reproduction and natural skin tones.  The Dragon sensor got closer to “the Arri look”, but Red has always felt “crunchy” in the lower mids, to me.  I think it’s a question of “k”s, and what you do with them.  I like Arri’s choice to have fewer “k”s, with room  for more discerning computations at each photosite. 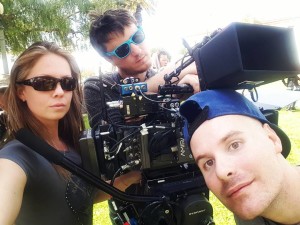 I have not yet tested the Weapon, but the Dragon sensor has been very disappointing to me.  The Dragon is so noisy that, after some testing last year, I resigned myself to only using it with the LL OLPF (Low Light OLPF).  However, I’ve since discovered that the LLOLPF has a problem representing a clipped, or approaching clipped, light source within the frame.  The camera seems to be guessing what color the clipped out portion should be,  and in some circumstances it generates a offset ghost of the clipped area and the color can be very unnatural, unlike any other camera I’ve seen with this sort of “clipped color substituting” function.

I haven’t been able to do a thorough test to explain this phenomenon yet, but it has come up enough times that I didn’t want to risk it on S4.
This comes up a lot in low budget, night photography.  As car headlights and streetlights, and any bare bulb sources, fall victim to this. 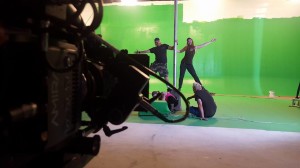 Aside from the sharks, “Sharknado 4” has been a joy to work on because of the seeming parade of cameos that pass in front of my lens.   The Sharknado actors are truly fantastic, particularly as they are met each day with rubber sharks, greenscreen locations, and other generally absurd situations.  Yet in all circumstances, they bring it and they make it work! 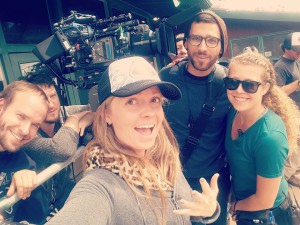 I want to send a huge thanks to my hard working crew!  You guys weathered the storm and brought your A-game.  Well done!