Behind The Scenes Features Lighting

A look at Tabloid Vivant

“Tabloid Vivant is a classical, thematic and haunting masterpiece. Very catchy to the eye, too, with awesome cinematography and flashy visual effects.” – HorrorSociety.com 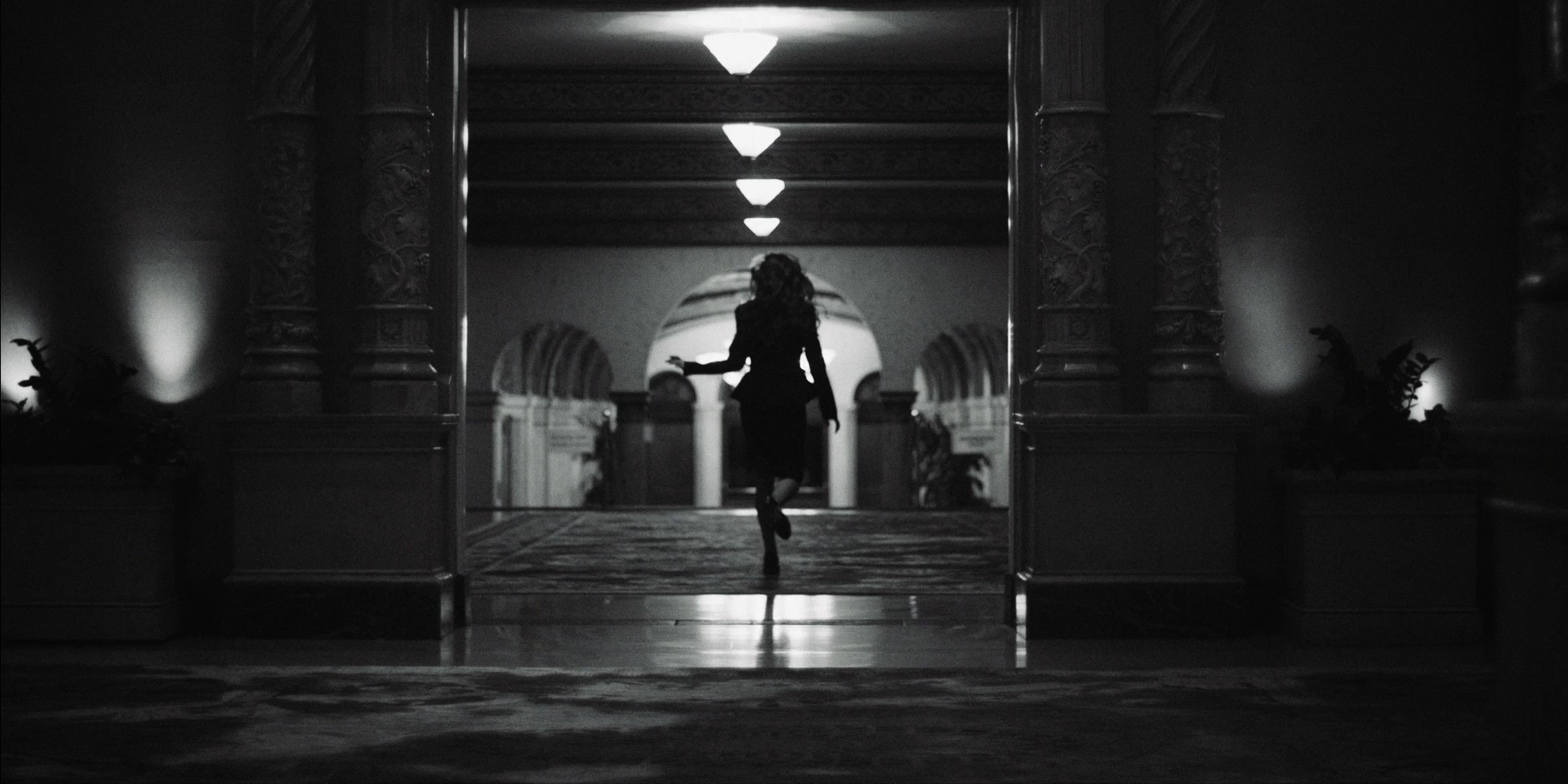 Soon To Be Released

The award-winning, independent feature “Tabloid Vivant” (formerly “Tableau Vivant”) is one of my favorite filmmaking experiences to date.

Shot with the Red Epic and Optimo DP Zooms (and the occasional Zeiss compact prime or Noctilux 50mm F/0.95) , “Tabloid Vivant” offers an intriguing mix of horror, suspense and art theory, directed by  Kyle Broom and produced by Alexandra Spector. 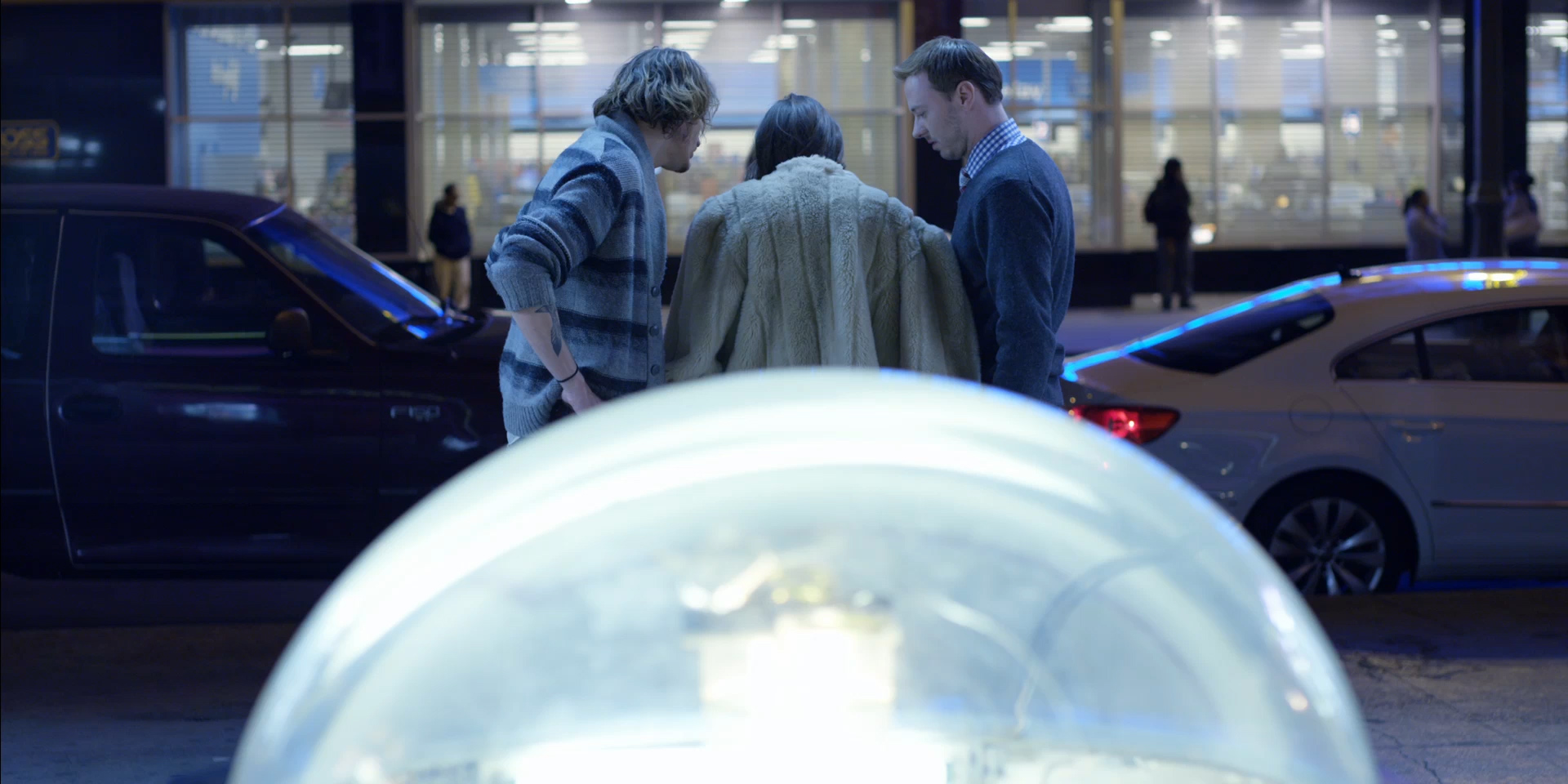 We treated the film as a moving painting about paintings (the working title was quite literally, “Tableau Vivant). This script was wonderfully visual, with many  varied looks built-in, from the start:

Distinguishing flashbacks from present day, reality from daydream, and featuring some very stylized representations of the characters’ emotional arcs. 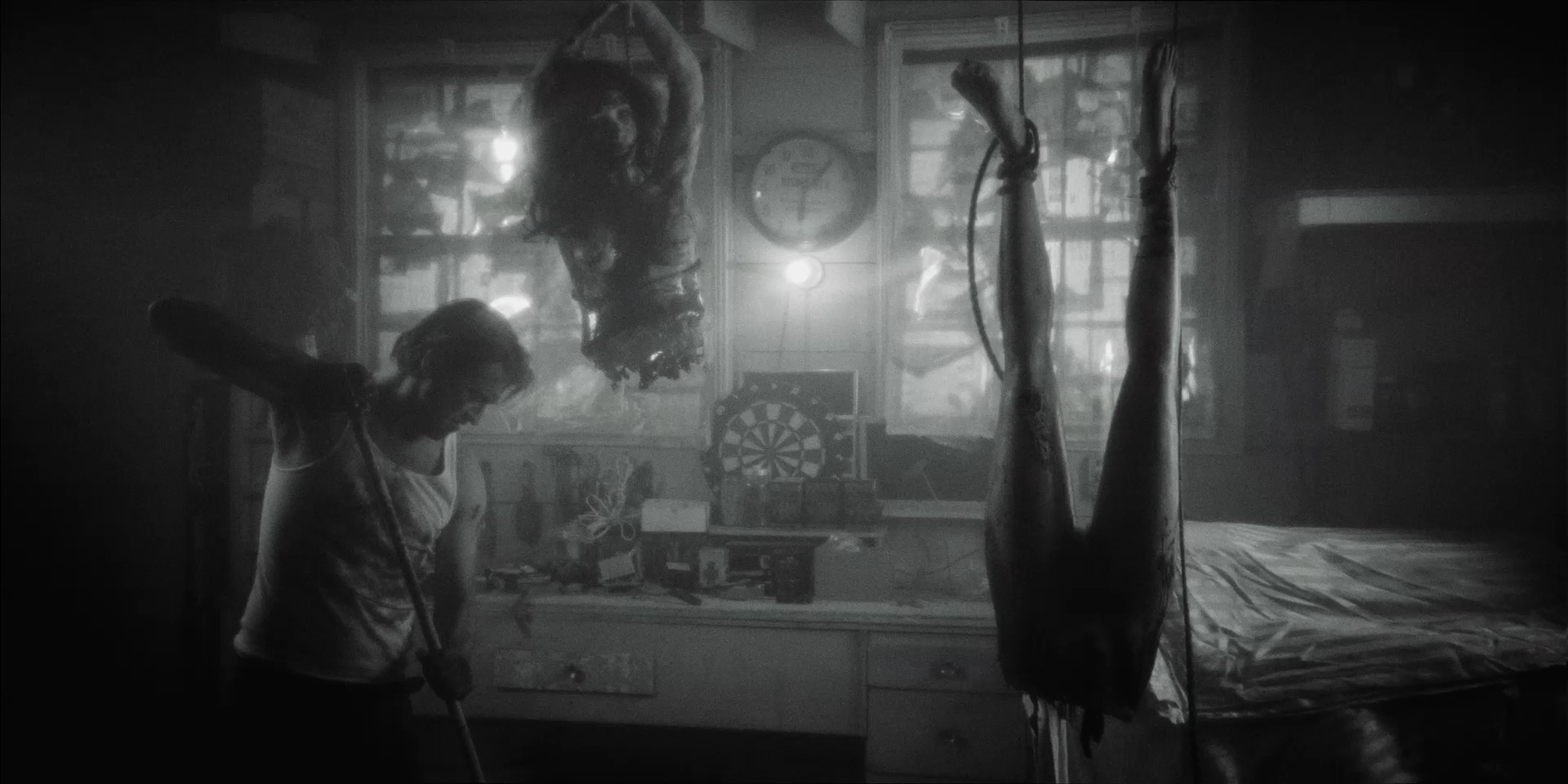 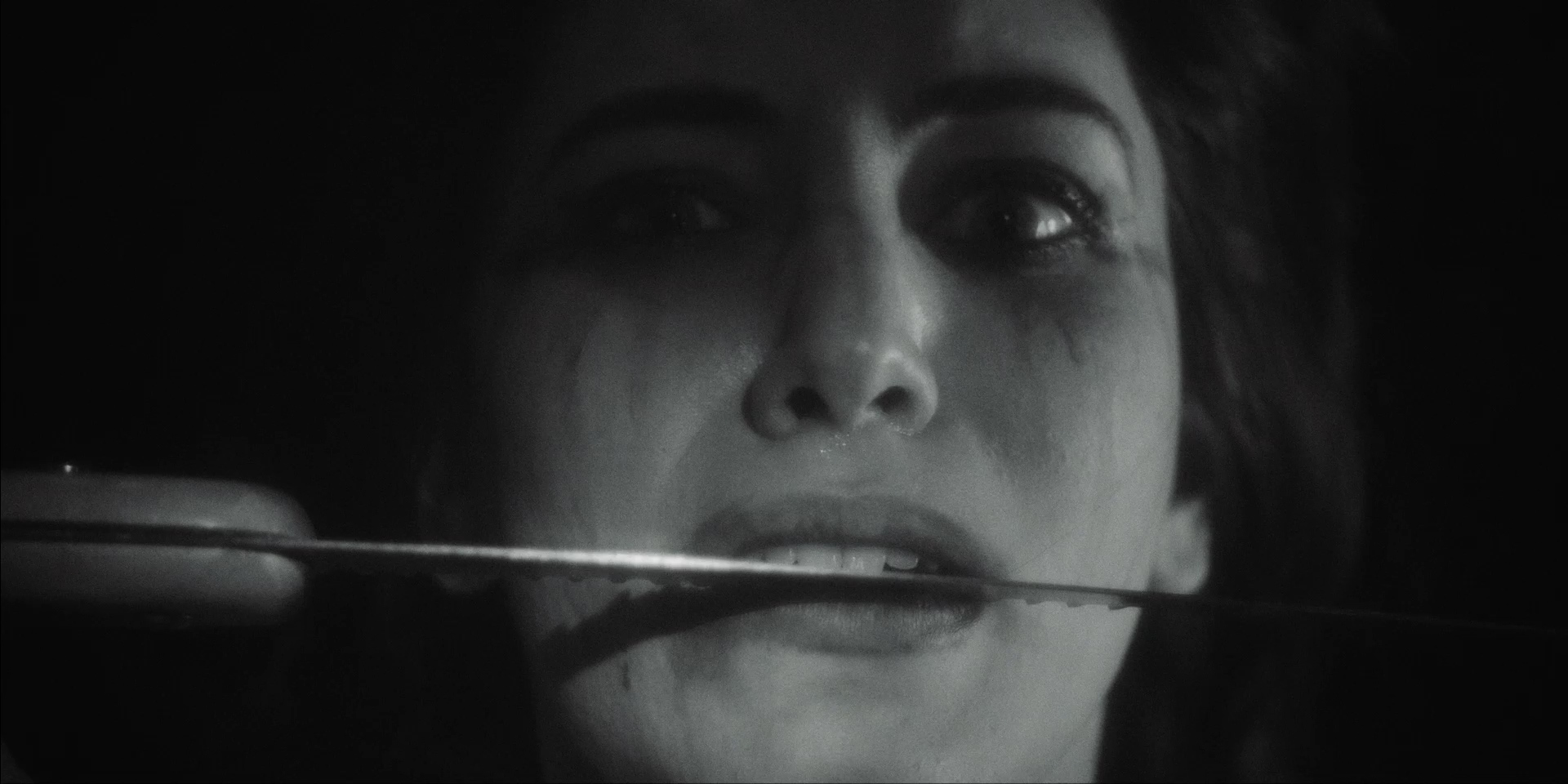 The Black Dahlia flashbacks were shot with with black pantyhose over the lens.  Hotel portions of the sequence were available/practical lighting.  The “dungeon” was shot using controlled, hard light sources (mostly leikos). 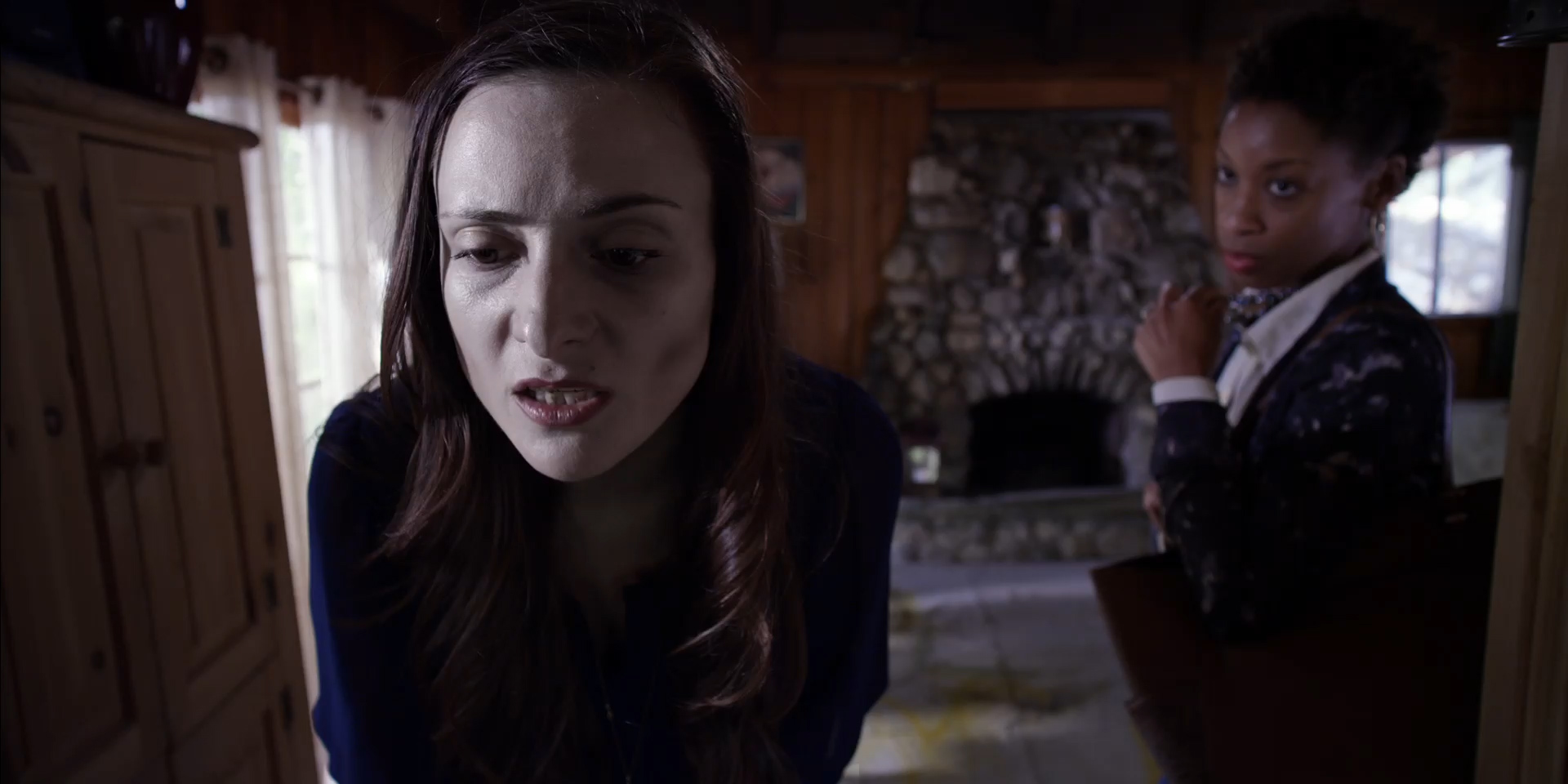 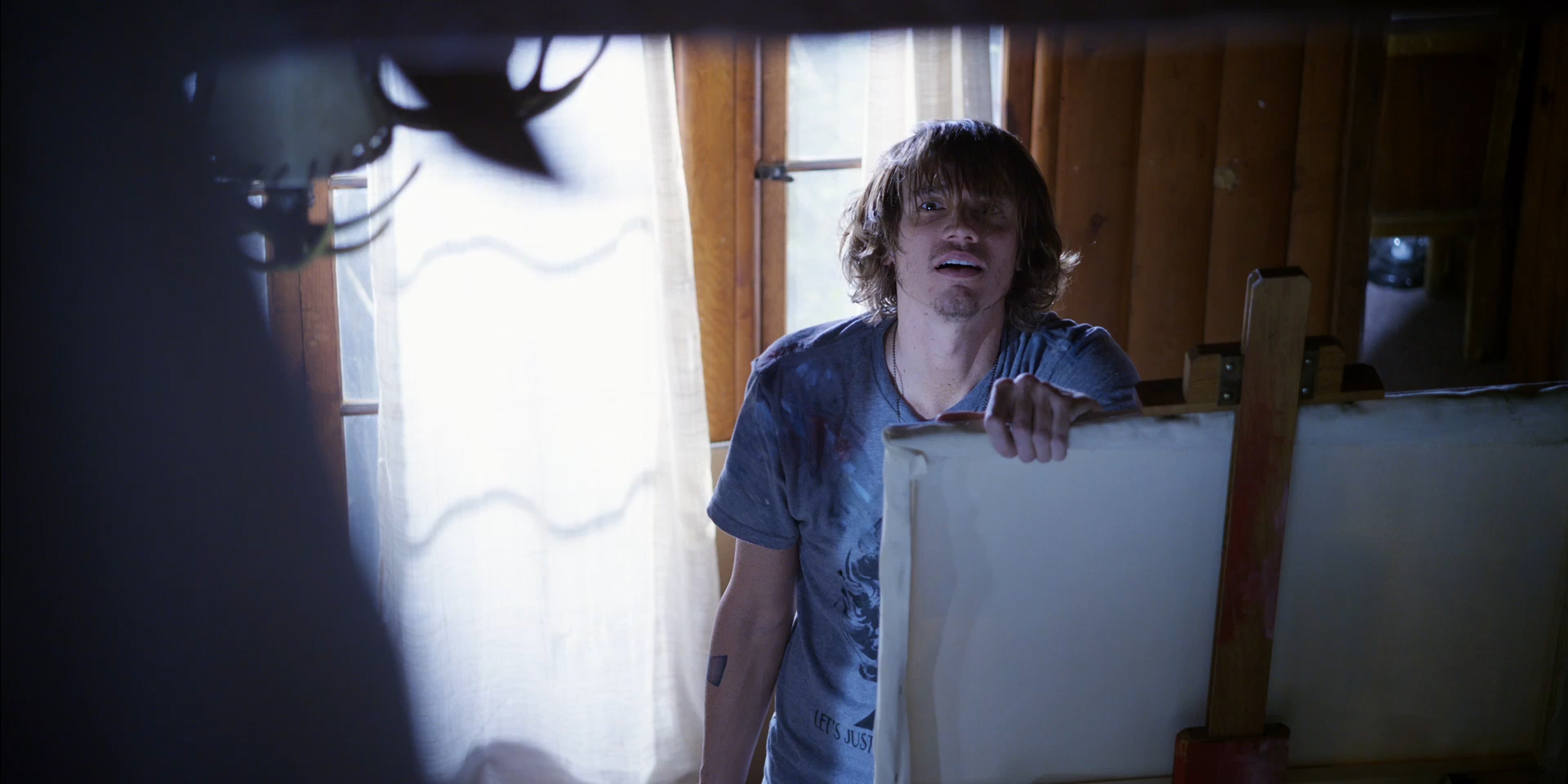 Our cabin interiors wanted to look natural, yet they needed to evolve from natural beauty, through a sort of “natural discomfort,” and end in “natural terror.”  We worked larger HMI sources through windows and diffusion frames to start, and lost the diffusion, or changed the angles making the light harsher, less direct, and more contrasty as the story unfolded. 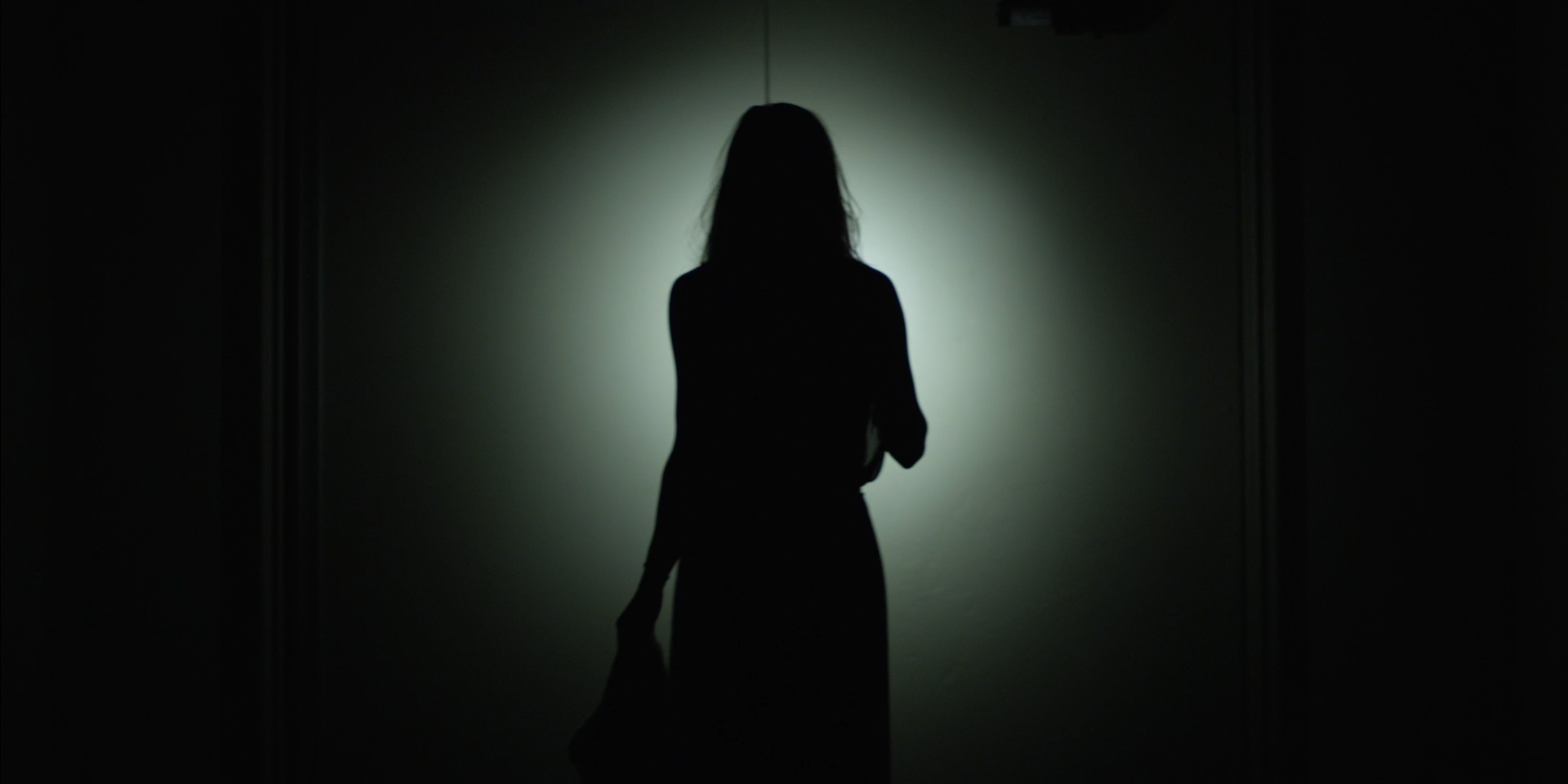 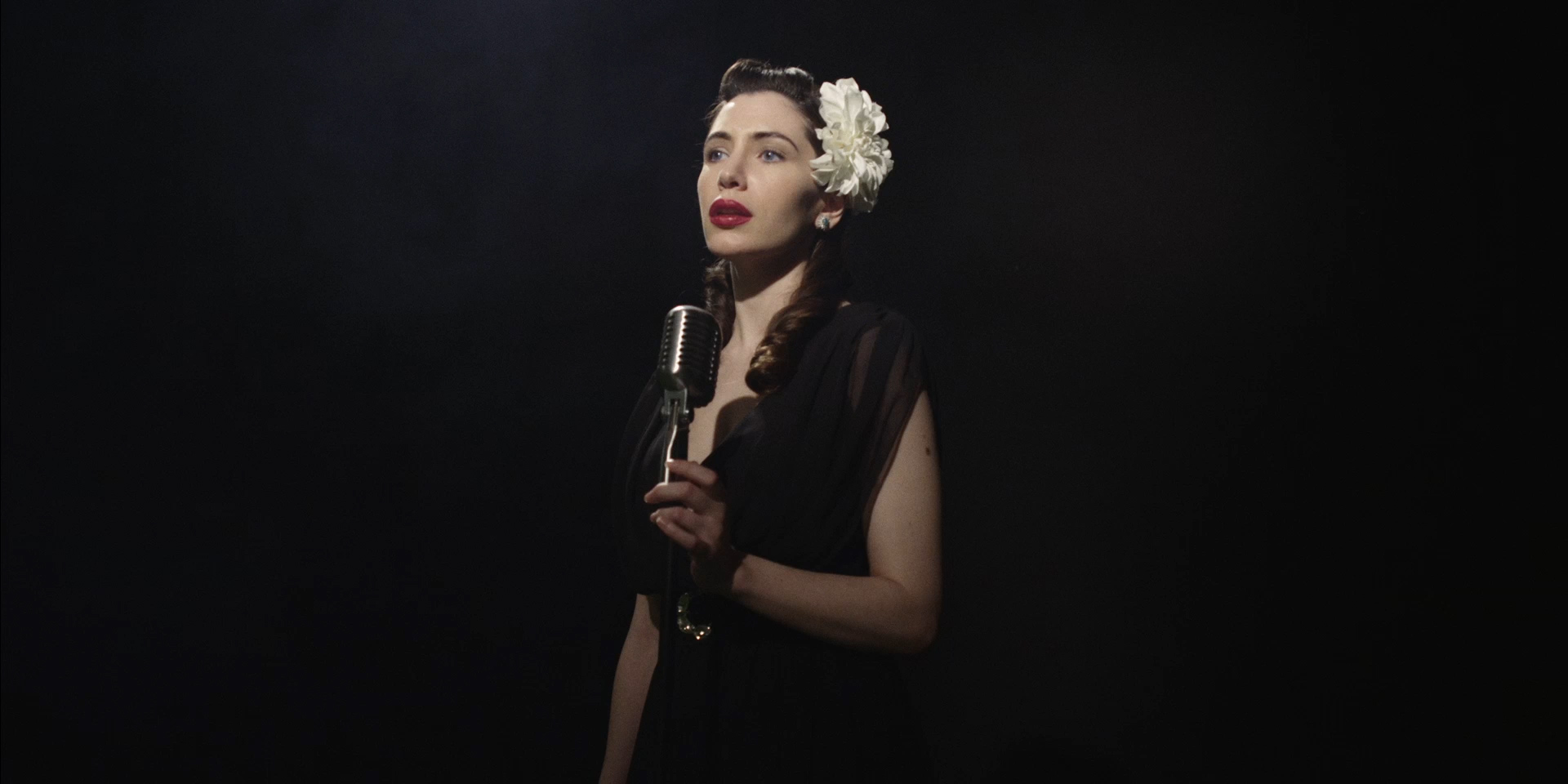 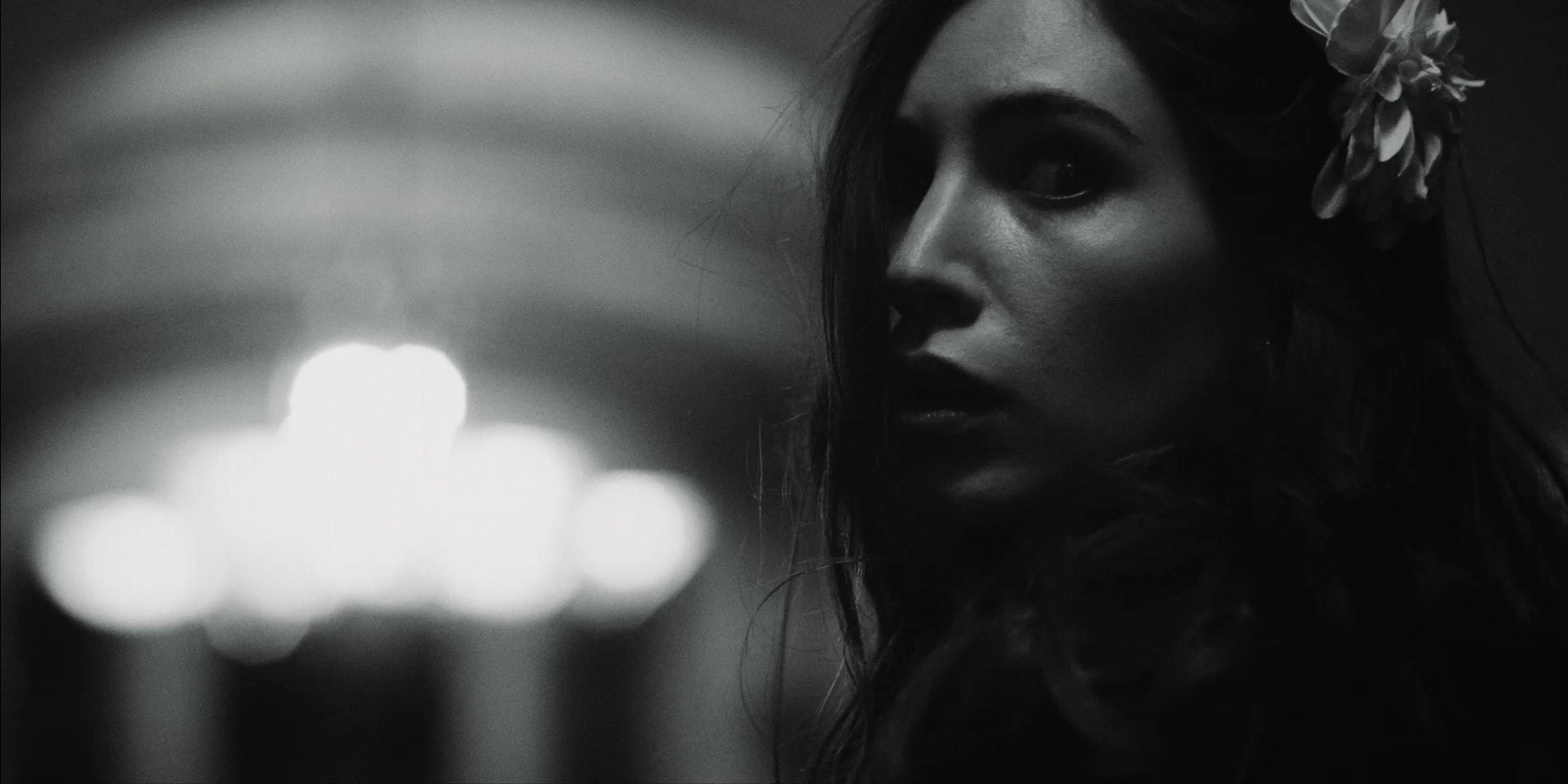 For our climax, I was very excited to incorporate an homage to one of my favorite cinematographers and one of my favorite scenes of his… interpreted for this artsy-indie-horror.  In The Sheltering Sky, Vittorio Storaro lights a pivotal, dramatic scene which begins at warm sunset and finishes in the cold blue of twilight.  Armed with various cuts of CTB gel and scrims, my g&e team tweaked the lights just slightly for each set up as we simulated a gradual setting sun as, indeed the metaphorical sun is finally setting on our two protagonists. 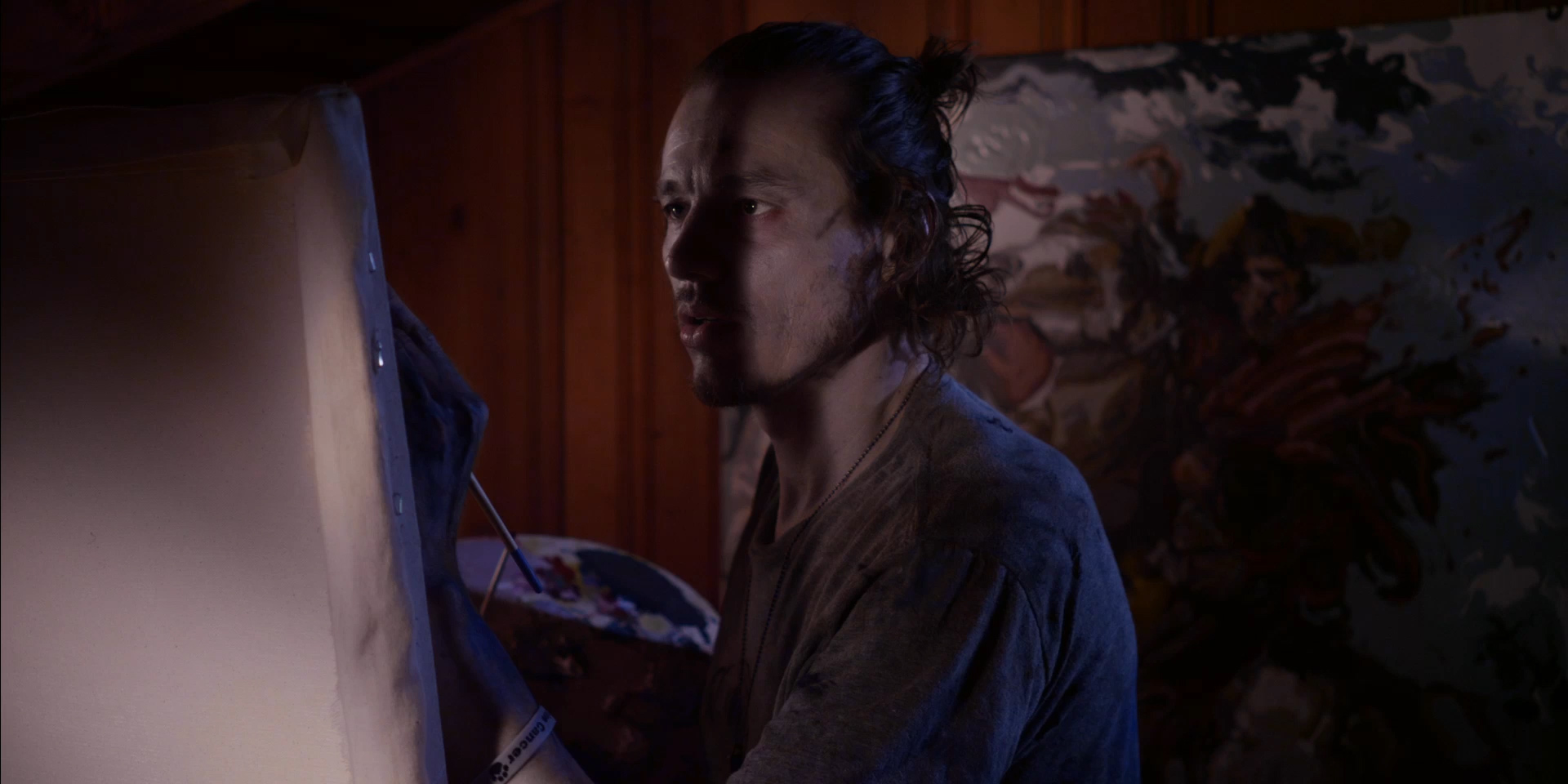 The shot that I seem to get asked about the most is the “fireplace tree shot.”  It was never intended to be night, and this “happy accident” was the result of a scheduling mishap!  I posted a lighting diagram and spoke a bit about the lighting here in a previous blog post. 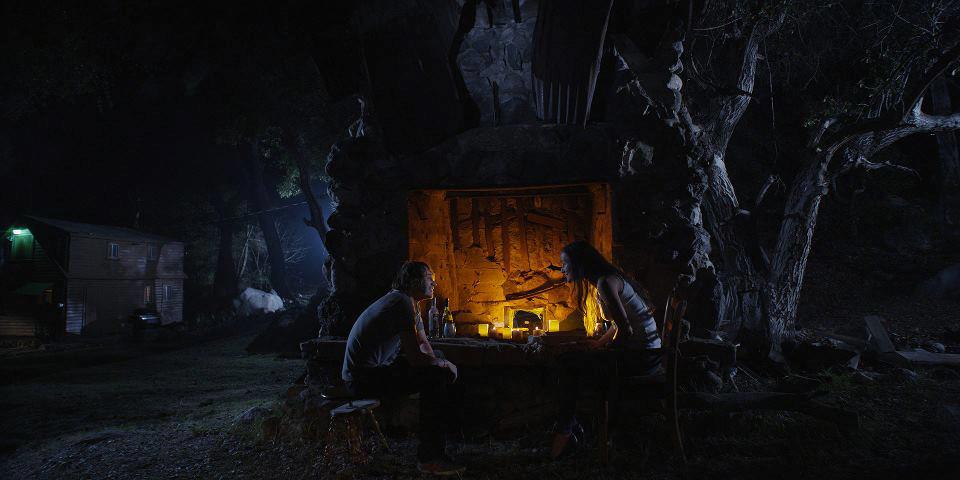 The Trailer Has Been Released!

Here’s a brief behind-the-scenes video from our Rear Projection day on Tabloid Vivant! 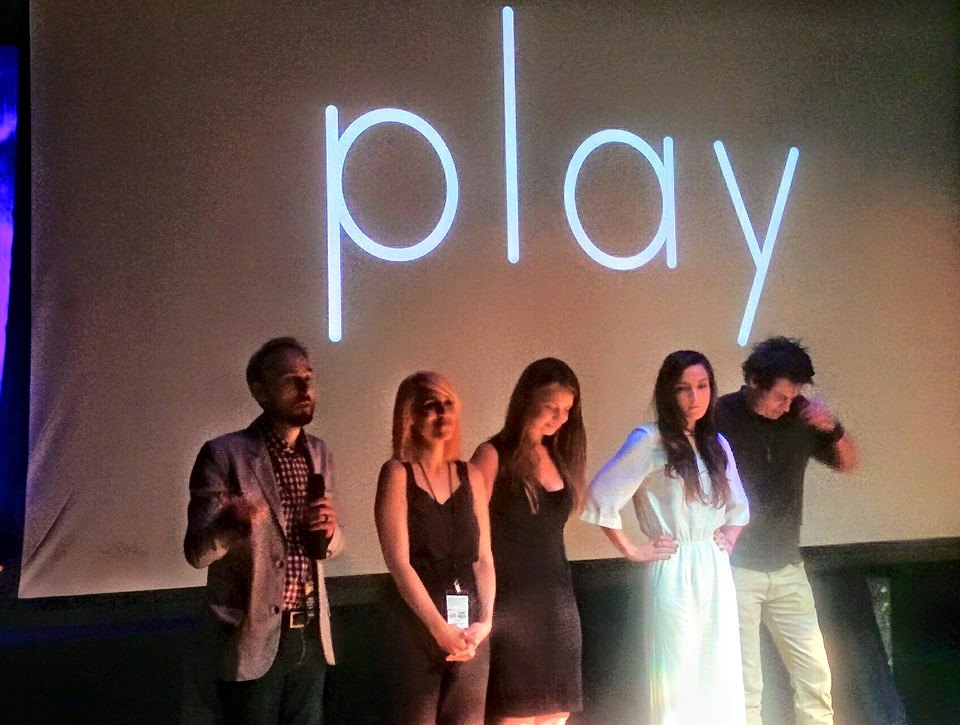 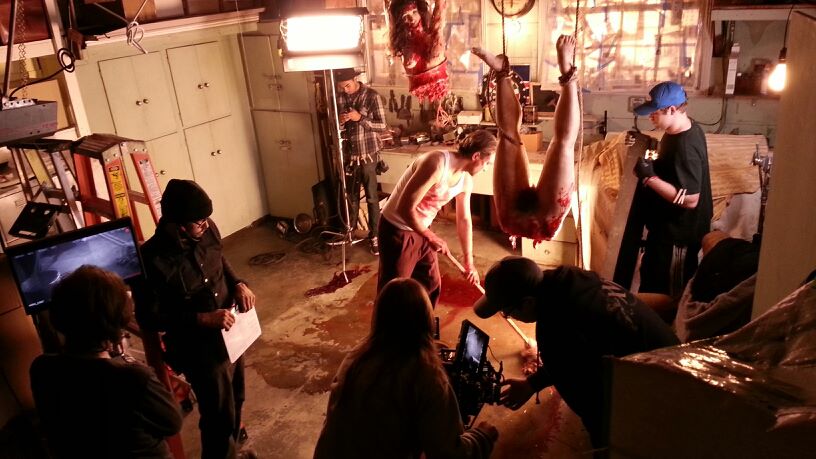 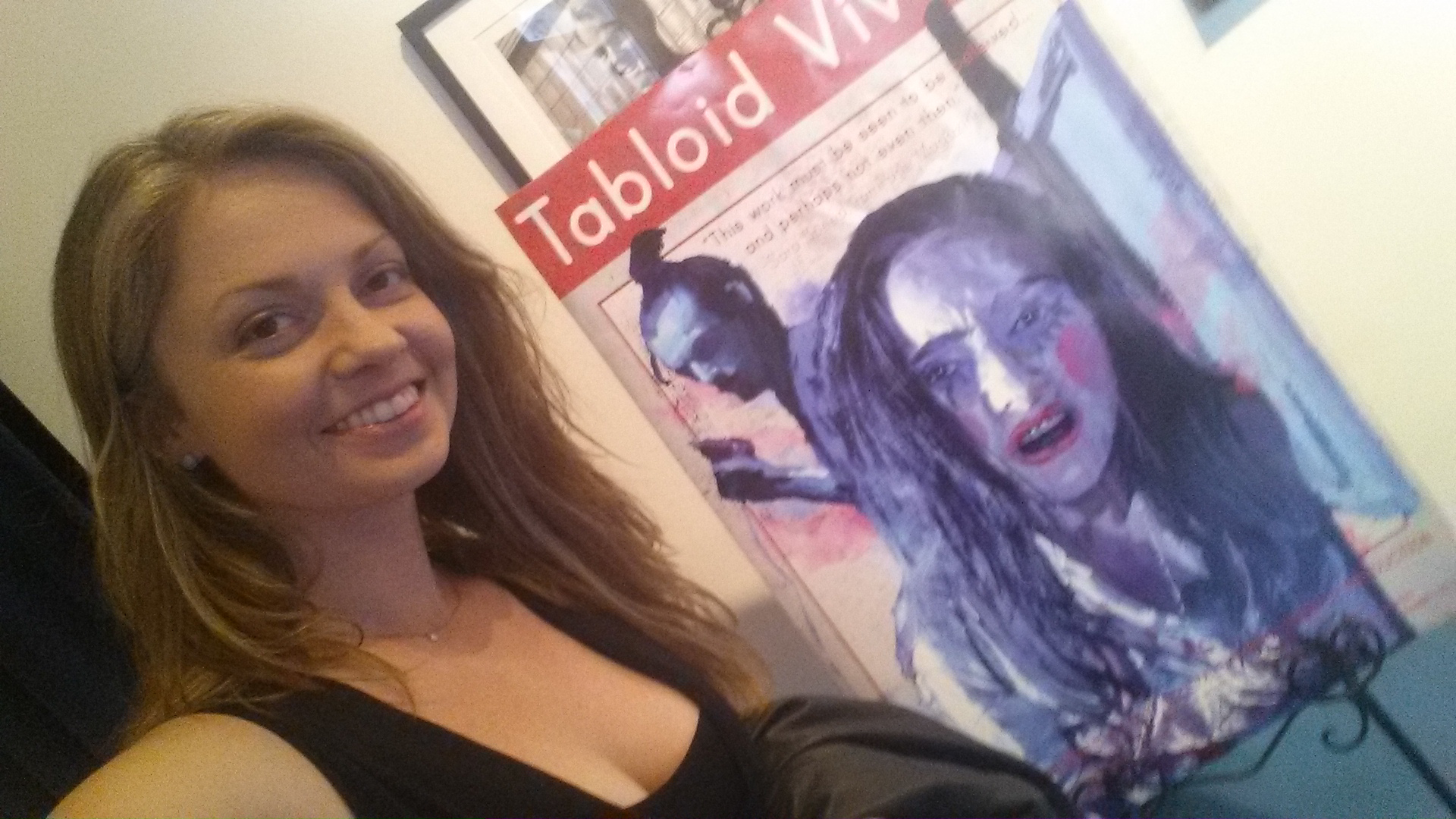 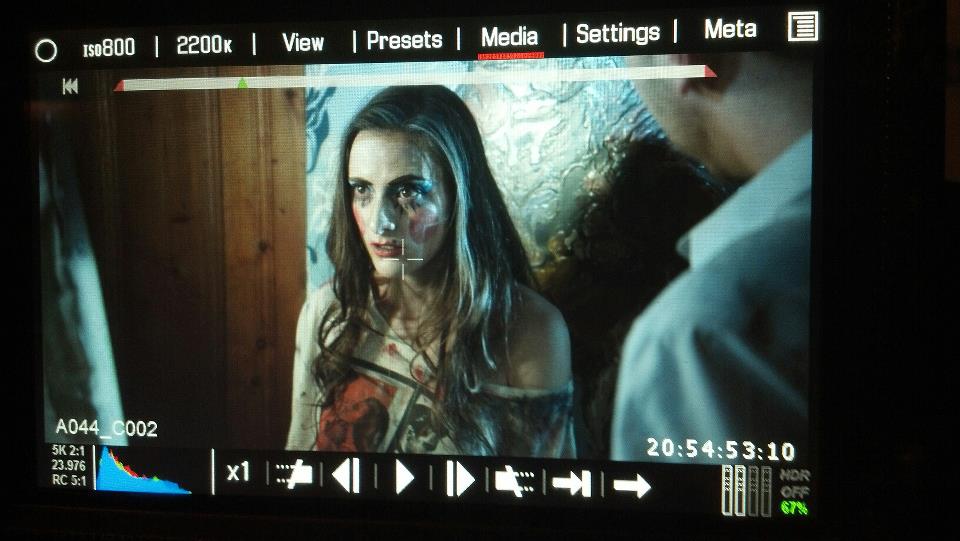 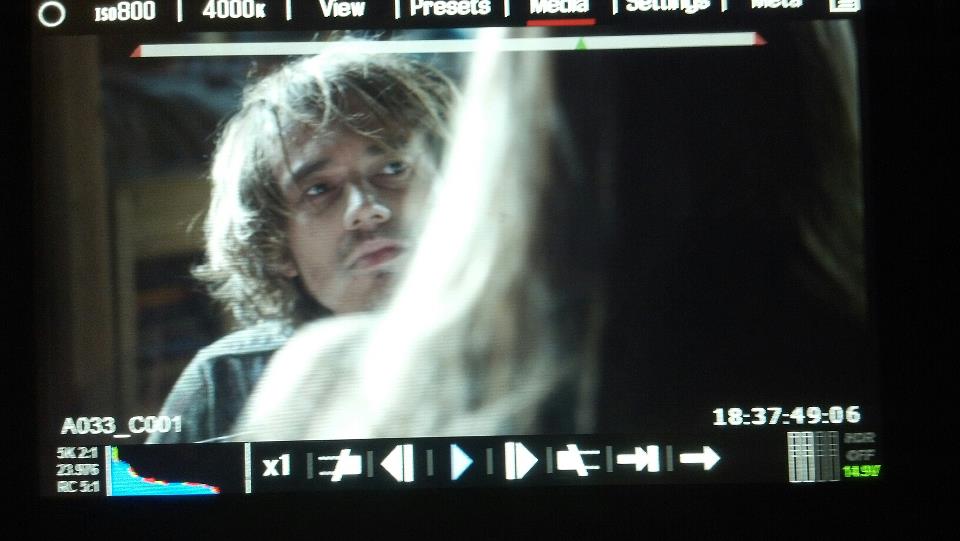 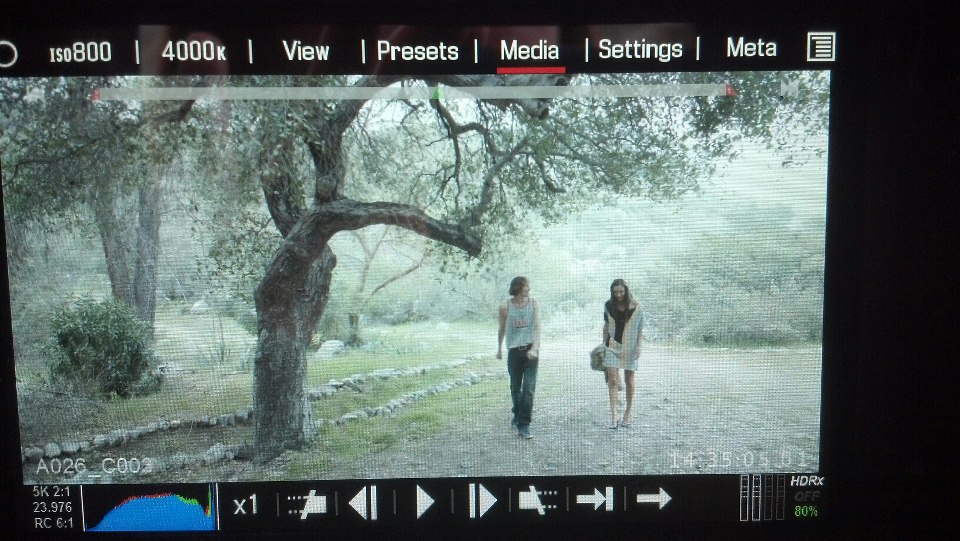 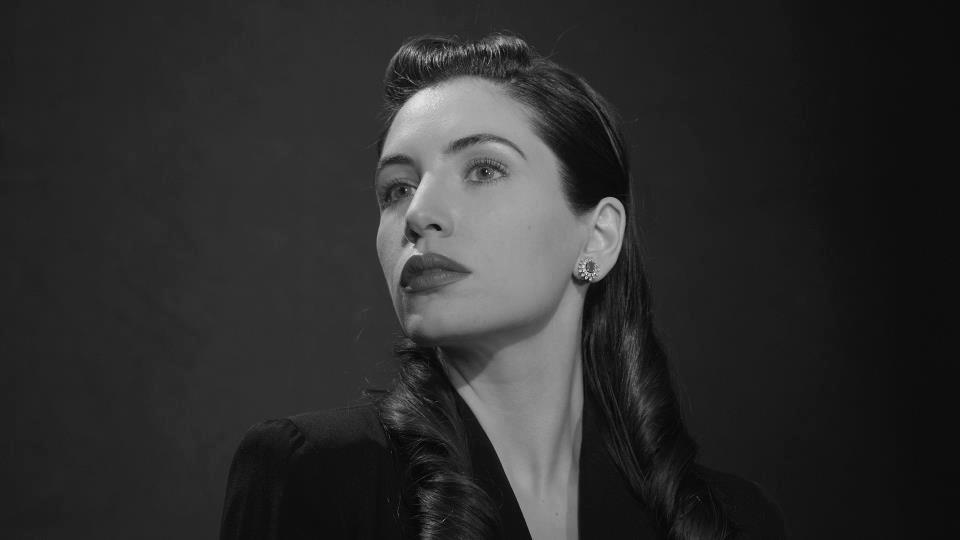 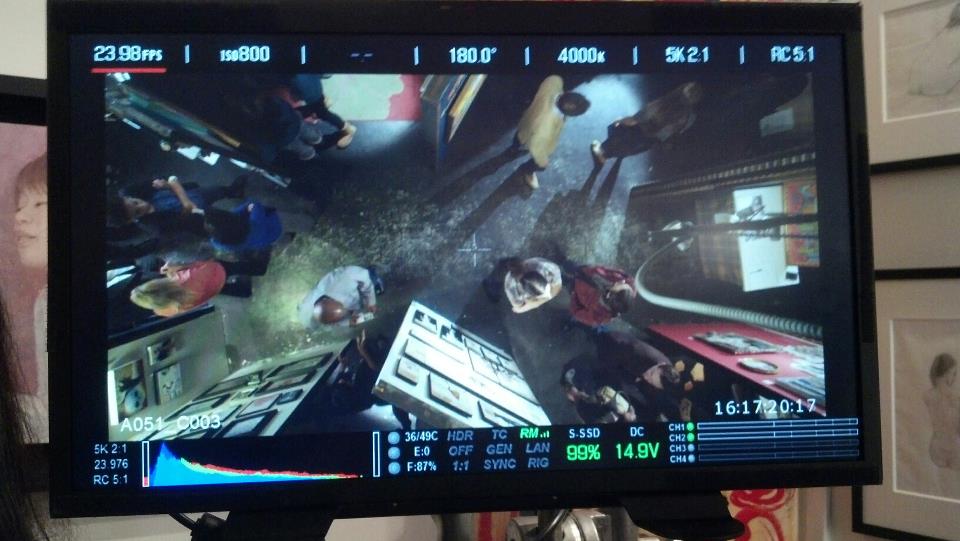