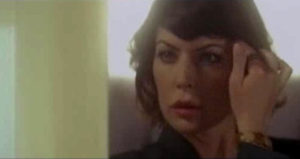 In
this short, we again had two separate worlds to create, the “hip and
popular” woman’s apartment and the “nerdy, friend-less” woman’s
apartment.

The “nerd”apartment is contrasty, dark, and lonely.  Stark pools of light
from sparse practicals  or narrow windows are the only “light” in her
world.    The “hip” apartment is bright, airy and comfortable, lit from
large window sources (both day and night) with nearly no practicals
implied.

This was shot with the Panaflex Gold, and E-Series Lenses.

Here is the complete short film, hosted on Spike TV: 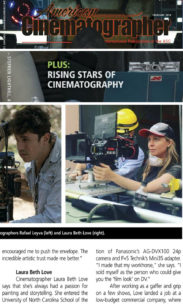