Flying with an Octocopter 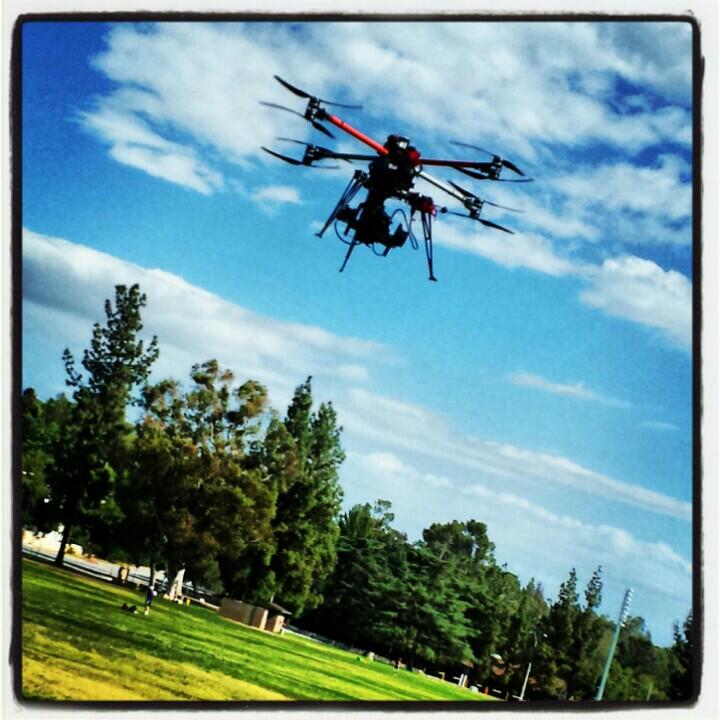 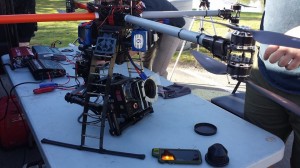 Last week, I implemented my first drone-operated-camera-rig on a commercial shoot, working with the Wild Rabbit Aerial team .  We flew a Red Epic with Zeiss T1.3 Mk II Superspeeds (mostly 25mm and 35mm) on an octocopter.   The lenses were chosen for weight, as we had a 7-9 lb limitation. We were totally stripped down to bare bones, with the camera being powered by batteries provided by the aerial crew.

This was our second day of shooting, leaving me unavailable on Day 1 to prep the copter, but the aerial crew picked up the Red Epic and lenses to fully prep the day before.

Our task was to track with a flying toy, in the air.  I taped an optical flat to the Zeiss lenses incase the toy got shredded in the blades of the copter.  Strangely enough, the crew said that don’t usually see anyone tape an optical flat to the lens… even though it’s flying through the air…  It seemed common sense to me.  In fact, the copter shredded at least two toys right in front of the lens.  (Thank you, David Elkins!) 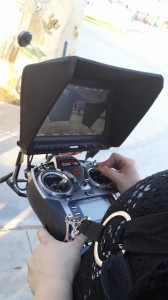 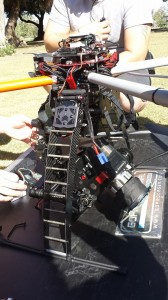 As this was only my first drone-mounted-camera experience, and it was part of a very full day of shooting, my observations will be brief:

We also had a separate movi with us that day, and while prepping it became obvious to me that the movi was really only likely to be useful to me with a skilled camera op (be it joystick or wheels) in addition to the movi op.  Sadly, I didn’t have time to go hunting the day before the shoot. (Our aerial op would have stepped in, but we didn’t end up using the movi that day.)

Leading up to the shoot, I was both excited and concerned about the octocopter.  I left the shoot feeling confident that this tool can be safely operated and can be a very useful creative tool.

I look forward to my next shoot with the Wild Rabbit Aerial team!