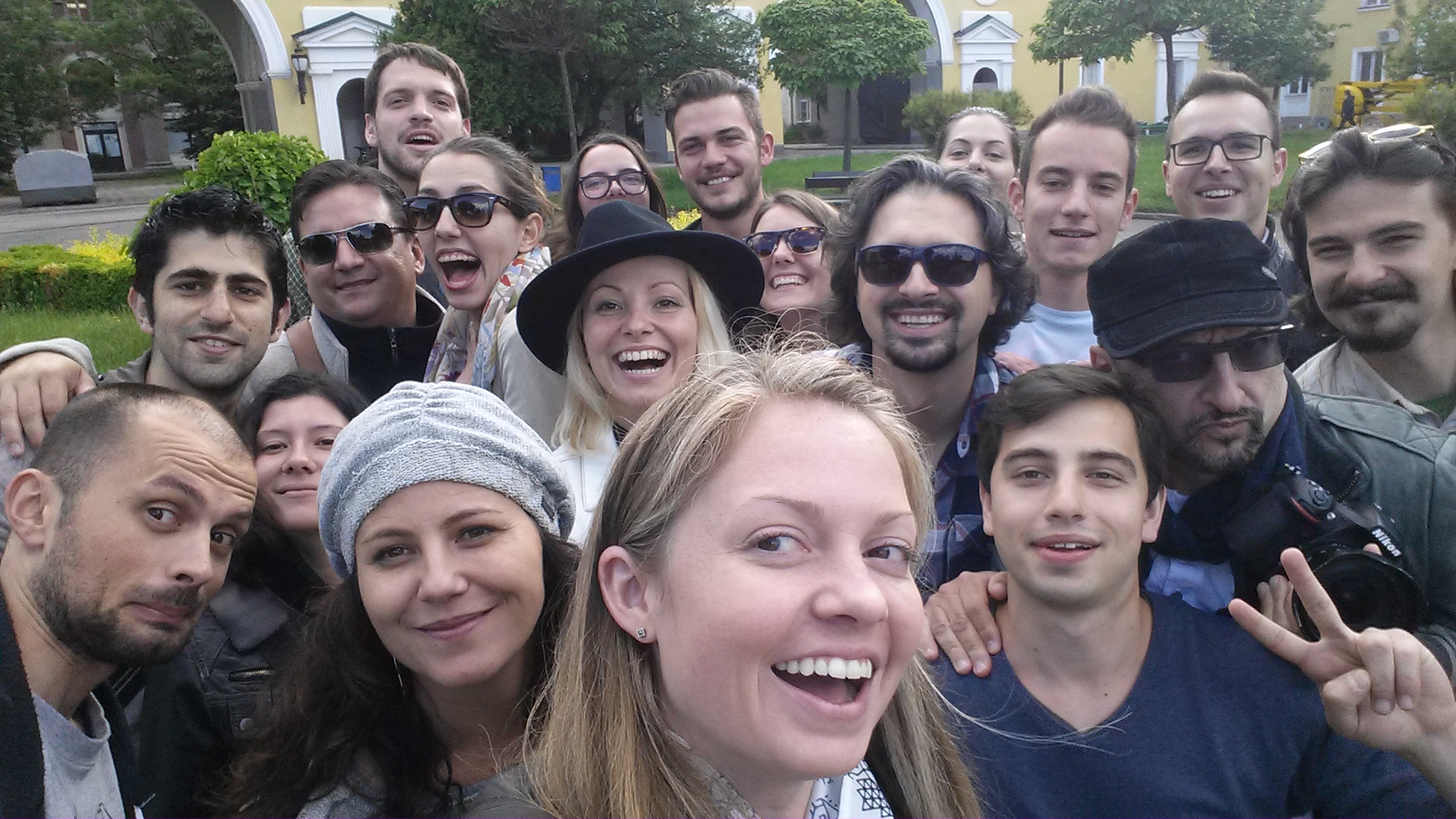 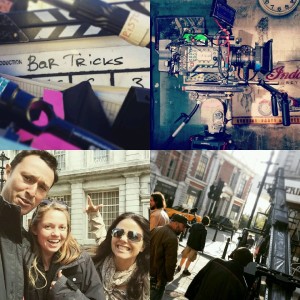 It was my first time in Bulgaria,

although Bulgaria had been trying to come in to my life for a couple of years.  It seems that a lot of international production, and specifically many American productions, seem to find themselves in Bulgaria.

Here are the “cliff notes”:

The resources were great, the crews were fantastic, the gear is top notch, and you can run a 6k on house power! 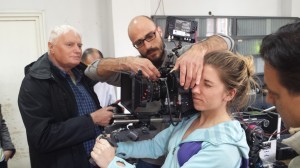 This was an “experiment” of sorts, and I think it was a great success!

This year, Nu Boyana began a trial film school, starting with a screenwriting course.  From that course, a script was selected to be filmed on the studio lot, by many of the same students who participated in the screenwriting class, and led by a team of American and Bulgarian mentors.  Hence, the name “Making the Movie” was adopted for this part of the course.

Part of the objective of the course was to prepare the 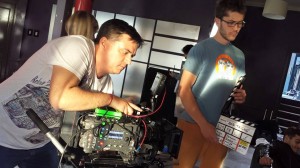 students for work on the kind of international projects that come through Nu Boyana.  In this spirit, Ambika Leigh and I were brought on as the Directing and Cinematography mentors.

Another huge thank you goes to our Producer Dimo Aleksandrov, our Public Relations Supervisor Alexandra Tzetkova and of course, to Yariv Lerner, CEO of Nu Boyana! 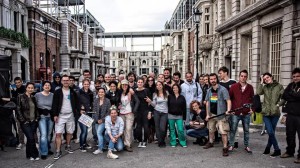 We had 40 students sign up for this adventure, most of whom had little to no experience.  For many of these students, it was their first time on a film set, and they got to see a feature through from beginning to end, performing in integral roles under the supervision of professional mentors. 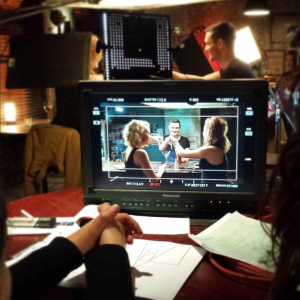 8 students were given the opportunity to direct, another 8 were chosen as DPs, and 24 additional students focused on general production.  All students rotated through various positions to give them a well-rounded perspective on how a film set must function.

The wonderful thing about this 20-day intensive, is that it was long enough for many students to find a niche, fall in love with an unexpected position, or even discover that they didn’t like directing! 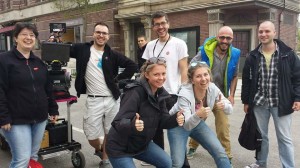 For me, it was magical to watch the cinematography students (rotating through DP, camera operator, 1st AC, 2nd AC, Electrician, and Grip) forming a bond, sorting out each other’s strengths, and beginning to function as a team.  I truly hope that I’ll get a chance to work with some of these students again.

I sort of wish I could make this kind of thing happen here.  Perhaps I shall. 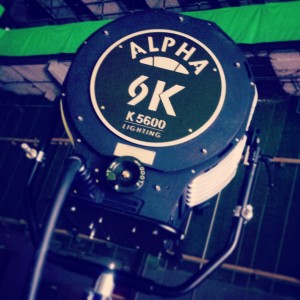 Nu Boyana Film Studios is lodged in the foothills of Vitosha mountain.  The resources are impressive.  A fleet of 6 Alexas, even more Red Epics and Scarlets, Black Magics, a Super Techno crane,  and a plethora of lighting and grip gear (wide variety AND in large quantities), including a gorgeous 9k K5600 Alpha that they purchased while I was there.
(We got to break it in 🙂  )

The terrain reminds me a little of North Carolina… varied with lots of green, mountains, woods, beach… and the studio has a backlot with city streets in the style of New York and London, a host of other standing   sets, soundstages, and open land crawling over 10 Acres.

The resources are great, the city is comfortable and fun, I’m looking forward to seeing my new Bulgarian friends again in the not-to-distant future! 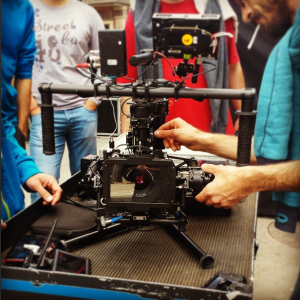 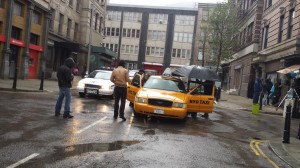 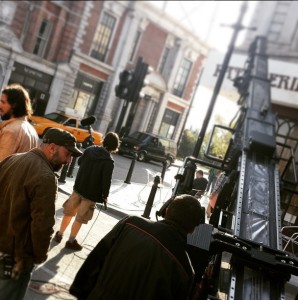 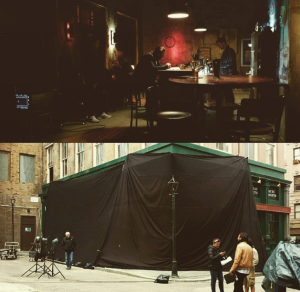 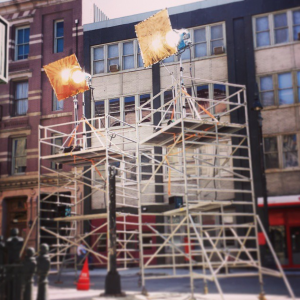 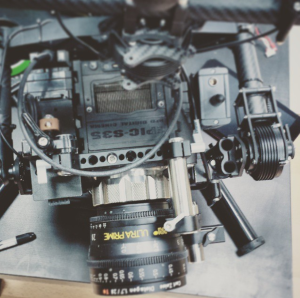 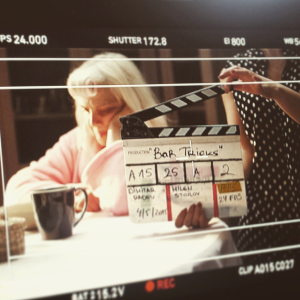 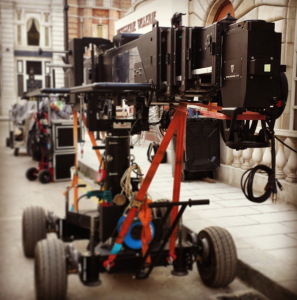 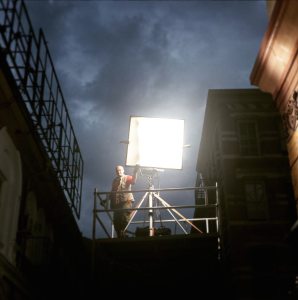 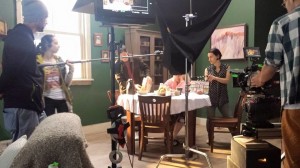 On the set at Nu Boyana Film School

Copyright © Laura Beth Love and LBLove.com, 2015. Unauthorized use and/or duplication of this material without express and written permission from this blog’s author and/or owner is strictly prohibited. Excerpts and links may be used, provided that full and clear credit is given to Laura Beth Love and LBLove.com, as appropriate, with appropriate and specific direction to the original content.