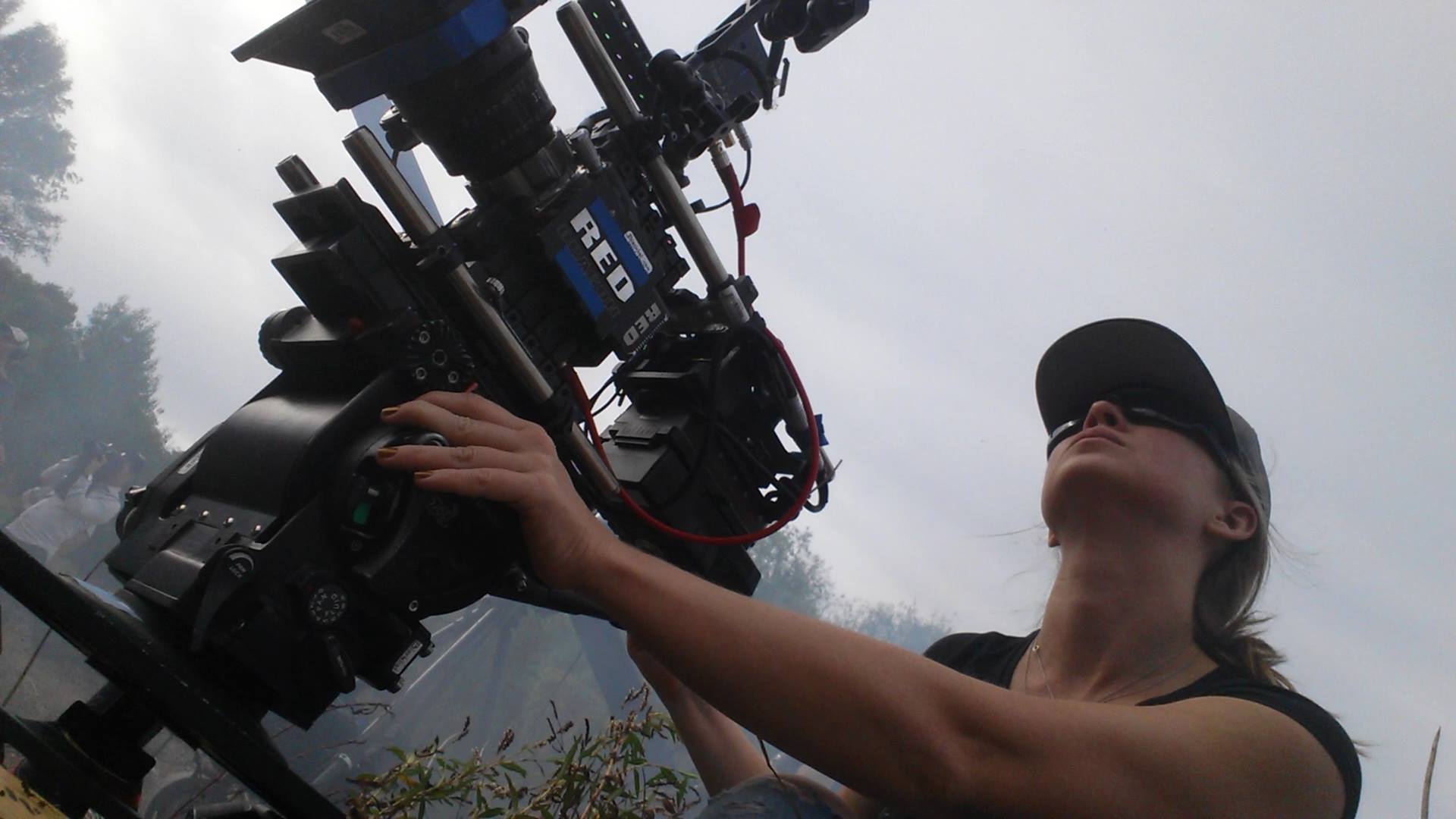 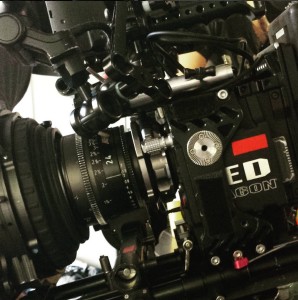 While I still insist that Arri Alexa is my favorite, the camera I most often wield in the field is a Red Epic or Scarlet.  I am very grateful to this company for making such a great-bang-for-your-buck camera available to low and mid-budget productions.  Therein lies the number one (and honest) answer to why Red is my go-to:  People can afford it.

The Dragon Sensor upgrades were announced in 2012, but only began slowly rolling out toward the end of 2013.  My primary vendor only just received their Dragon upgrade at the beginning of 2015.  And thus, I've finally moved on from the MX and adopted "the Dragon expectation."

My First Time with a Dragon

If you'd like all the gory details, scroll down.  It is the tale of how I learned that you shouldn't shoot an Epic Dragon like an Epic MX.  You CAN, but it's dumb.  They are basically "different cameras."  Otherwise we can skip to the short version:

“It looked great on the monitor, but if you really examined the noise/grain structure it was not OK.”

After that first shoot, I did research and tests to get to the bottom of what I was seeing...

Here's what I learned:

1. The Skin-tone Highlight filter Must Die

The Skin-tone Highlight filter is bullshit.  I mean, maybe if you are working in a perpetually overexposed world, with an infinite supply of hardware and time to run your footage through noise reduction... then maybe it's perfect for you.

Here is a brief history of Dragon's OLPF, based on my research, including several first-hand, early Dragon owner accounts:  Red is all about the k's and perceived sharpness... and in the interest of sharpness, they threw out the old OLPF that is more or less standard on CMOS sensors... then in the interest of competing with Alexa's highlight performance, they introduced the Skin-Tone Highlight OLPF.  Then a bunch of people complained about noise, and the Low Light OLPF was born.

More to the point, without that Low Light OLPF filtering, the noise gets  INTENSE and WEIRD.  It's horrible.

At ISO 400 in full sun, properly exposed footage would look fine in the highlights and skintone, then mids and lower mids would look like a shag carpet crawling with bugs, in the middle of the damn day?  No, thank you.

By contrast, the same footage with the Low Light OLPF filter looks great.  Better, even, than the previous sensor. (Yes.  Please. #llolpf_forlife)

2. Black Shading is Real, and It Will Fuck You Up

Black Shade all the Damn Time.   In addition to crawling bug noise, I experienced a very subtle fixed pattern noise... a stealth ninja waiting for a vfx shot to come along so it could totally ruin our day.  This was most likely the result of a failure to black shade enough.  The Dragon is able to store 5 different calibrations for different exposure time settings (shutters) that you might choose to use throughout the day.  We all know you should black shade if there is a drastic change in temperature, but now Red is saying that you need to do the same each time you change exposure duration.

IE. You are shooting 24fps and you wanna do that next take at 48fps.  Make sure you black shade again, at 48 fps.

Now that's CRAZY, who the fuck has time for that?  Slow your roll, your ACs took the time to pre-load calibration for the camera at your 5 most common exposure settings.  So, he or she just has to click a few buttons...

Still, you have to watch your temperature settings.  The red monitor has a meter to help gauge when the operating temperature has changed enough for the sensor to be out of calibration.  In talking with frequent Dragon users, I've heard that the Dragon is in fact more sensitive to smaller temperature shifts than the previous cameras.  Regardless, we are all paying more attention now. 🙂

The latitude is increased, the shadow edge transfer is nicer, skin tones are less weird.
Nothing to do with this, but enjoy it.  It's not the Alexa, but it's better.  🙂

So What About that First Shoot?  What Happened?

My first Dragon experience came through a different private vendor, before my regular guy's upgrade came through.   I was shooting a small commercial and I was out of the country for most of prep.  The budget kept changing wildly... as such we were fielding quotes for anything from a Red Scarlet MX up to an Alexa XT Plus Prod Model.

At some point, I realized our Red quotes had Dragon sensors thrown willy nilly into the mix, and I just thought, "Oh, good.  The "new" sensor.  That's probably better."

We settled on a Red Epic Dragon, I arrived back to the states and we were on set within days.

I guess this has happened to many others as well.  This is how I learned that you shouldn't shoot an Epic Dragon like an Epic MX.  You CAN, but it's dumb.  They are basically "different cameras."

On this shoot, the camera was challenged in all of the usual ways that a low budget shoot might challenge its camera:

My first time around with the Dragon, each of these scenarios came up, and it looked "just fine on the monitor." And it really was "well enough" for the production's needs, but I was mortified in post by what my discerning eye (and that of the vfx supervisor) were examining.

I'm grateful that this project involved greenscreen, otherwise the issues might not even have been caught this time around.  The footage looked beautiful "to the eye." Yet, when our vfx team went to pull a key, they had a little more trouble than they had with the previous commercial I had shot for them.  The only difference was the sensor.

We tried interpretting the footage differently, we processed it a number of ways in RedcineX... we were able to make it better, but not as clean as the old Epic MX footage we were comparing it to.

You could pull a key, but it wasn't as clean as it HAD been with the previous camera. It was not an issue of the integrity of the greenscreen itself, nor the lighting or lenses (We used Arri Ultra Primes and Leica Summilux on the two respective shoots.  Different lenses, but both are very high quality.)

My VFX supervisor took a locked off product shot with the "issue" and ran a plug in that he uses for film restoration.  It samples several frames and combines them into one, effectively sampling out any moving noise or dirt fragments.  In this case, we were hoping to average out the noise pattern and yield an image that would have a cleaner key.

After averaging 42 frames of a locked off product shot, we were left with a very clear FPN (fixed pattern noise) over the entire image.

It was so faint we hadn't even recognized it until we ran this program.  But once we saw it, we couldn't "unsee" it.  It was on everything.  The footage that "looked beautiful," actually had this tiny bit of tragedy lurking just below the surface.

Again, I say, most low budget and indie projects might not have even discovered it.  The footage was workable, and we only realized it was "faulty" because we had teamed up together with another project in a very similar scenario just months prior. 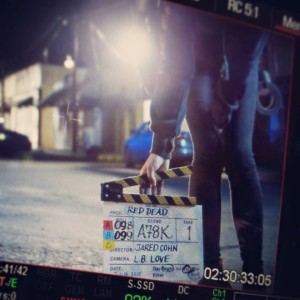 I asked around and got my hands on another Dragon to test, and started doing some research on the web.  Right away, I saw several simple ways to avoid the issues I was seeing.  I decided to go with the Dragon on my next feature "Little Dead Rotting Hood" and it is some of my favorite work in the past few years.

In fact, on my next project there was some discussion over whether to choose the MX sensor vs. the Dragon sensor... specifically concerning the issue of noise.  The director had seen several samples from features with noise issues using the Dragon sensor.  I asked him to review Little Dead for comparison, as I expected these were the same issues I had found and

corrected...  He compared, my footage was "clean," and we are now halfway through production on that feature relying on two Red Dragon sensors (with Low Light OLPFs) to capture it all.

Shooting with a Red Epic Dragon on the set of "Hacked" 2015I'll be keeping an eye on these projects as they make their way through post.  I'll post anything that I find relevant to the question of this sensor's integrity and the proper camera settings, filters and practices to get your best image out of your Dragon.

That's my story.  If you have any insight or experiences you'd like to add to the conversation, please do so here in the comments section!  Or feel free to contact me directly: laurabeth@lblove.com